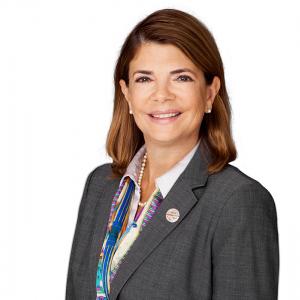 As Vice President of GardaWorld Aviation Services, Chantal Baril leads the implementation of GardaWorld’s culture of excellence throughout its security screening operations in 28 Canadian airports, in addition to accelerating growth in Canada and abroad, while improving operational performance.

Previously, during a 24-year career with Air Canada, Chantal held key leadership roles, most recently as President and CEO of Air Canada’s Ground Handling Services, a position in which she headed a team of 8,000 employees in North America. She has risen to the challenge by increasing operational performances and improving customer service. She also led a number of major initiatives at Air Canada, including safety procedures, recruiting strategies, labour relations, revenue generation and cost controls.

Chantal holds an MBA from Universities Paris Dauphine/UQAM. She is a graduate of the Université de Montréal, where she obtained a BA and MA, and has also completed executive management training at McGill University and Cornell University. She is certified Six Sigma Green Belt.