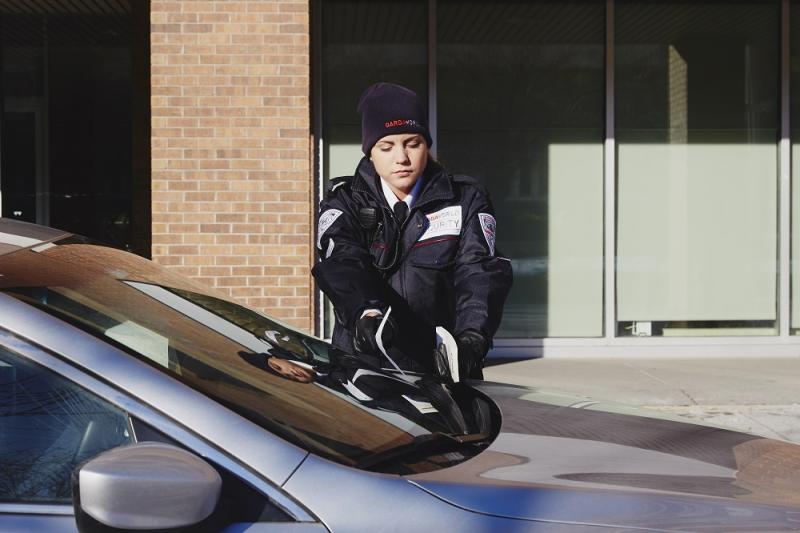 The Honourable Christian Paradis, Senior Vice-President, Strategic Development at GardaWorld Protective Services, participated in a webinar discussion as a panelist, “Practical Approaches to Civilianization of Traditional Policing Roles”, hosted by the Canadian Association of Police Governance (CAPG) on November 17. Drawing on his political and private security experience, he analyzed the state of public policing considering growing concern among population about the allocation of policing costs.

Time to a paradigm shift

Communities across the country find themselves increasingly challenged to cost cuts, and policing budgets are not immune. On one hand, cuts in policing budgets can threaten pension plans and diminish benefits; bringing municipalities into conflict with unions. While operational functions can also be reduced, leading to long response times and substandard service to the detriment of public safety.

But there’s a better way of managing police personnel while reining in costs. Police officers often find themselves off the front line and performing secondary duties. But if you can bring in non-police officers to provide those police support roles, police officers can actually focus on performing the tasks they’re trained for: core duties.

The public-private model faces a number of challenges, many of them having to do with misunderstanding of the proposed solution. The outsourcing of police support services may be interpreted as a privatization of the police force while it is clearly not. In fact, these partnerships allow more officers, not less, to serve in front line capacities, and these officers continue to be employed by the government. This can happen because outsourced staff take on positions that do not require the specialized training required of officers, such as:

Because it necessarily brings cost savings, some may conclude it primarily aims job elimination. This is not the case. The primary goal of all this is rather to allow officers fulfilling police support roles to be moved into the front line positions they originally trained for when entering the force.

Accountability and governance are also important aspects in any successful outsourcing operation. Private employees must be held accountable to detailed metrics measured through key performance indicators, something private security industry is already offering in many cases.

The Canadian private security industry has become increasingly professional in recent years with the establishment of several organizations to oversee and ensure the conduct of industry players – the International Security League, the Canadian Security Association, and provincial organizations such as the Bureau de la Sécurité Privée in Quebec.

These organizations, along with the rise of terrorism threats globally, led private security companies to raise the standards of training, vigilance and integrity among their employees. Today, more than 140,000 private security guards are licensed in Canada with the necessary experience and capabilities to provide police support services – outnumbering police officers by approximately 2:1.

The Lincolnshire police in the UK have already developed a proven outsourcing model. In 2010, Lincolnshire’s already stretched budget was reduced another 20%. Recognizing the traditional model of policing simply could not meet the budgeting reality, a partnership was formed with a large security company to take over 18 operational and organizational support functions, including firearms licensing, facilities management, front desk management, finance and IT. All total, 575 positions were outsourced.

Over the next two years, Lincolnshire saved over 5.2 million pounds a year, substantially greater than the 3.6 million pounds estimated. But it’s not just about money. With more officers operating in front line roles, crime rates were reduced by 14% and public confidence increased.

Providing support services for police agencies would not be the first time GardaWorld entered into a partnership with a government agency. In 2011, the Canadian Air Transport Security Authority (CATSA) awarded GardaWorld and three other private security companies contracts to provide security screening for airports throughout Canada. The result was so successful that GardaWorld’s contract was renewed for another five years in 2016.

GardaWorld staff didn’t merely fulfill the requirements of their jobs: they exceeded them. They have implemented enhanced procedures that have produced the highest screening effectiveness and threat detection performance metric in the country. They increased operational effectiveness measurements by 18%. Their enhancement of CATSAs new hire training program was chosen for national implementation for all service contractors.

GardaWorld can definitely make similar contributions in public/private policing service partnerships. Highly trained individuals will exceed in specific positions in a cost effective manner, allowing police officers to more effectively perform front line duties. In the end, everyone wins, as budgets are brought under control, public safety is improved and confidence in the police is bolstered.