COVID-19 could lead to a surge in organized crime in Latin America, risk analysts say 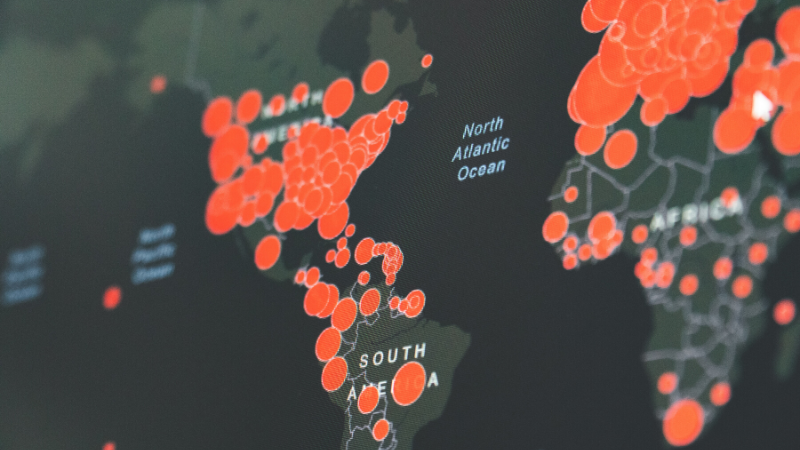 As of 23 March, there have been a total of around 5,000 reported cases of COVID-19 across Latin America with the highest rates of recorded cases in Brazil (1,619), Chile (632), Peru (363), Ecuador (789) and Mexico (316). Although the number of recorded cases is low compared to those in European countries or China, national governments have already begun implementing restrictive measures to prevent widespread contagion, including the declaration of states of emergency, border closures, the suspension of mass gatherings, the implementation of curfews or quarantines for affected areas, as well as escalated military deployments at borders and in major cities. 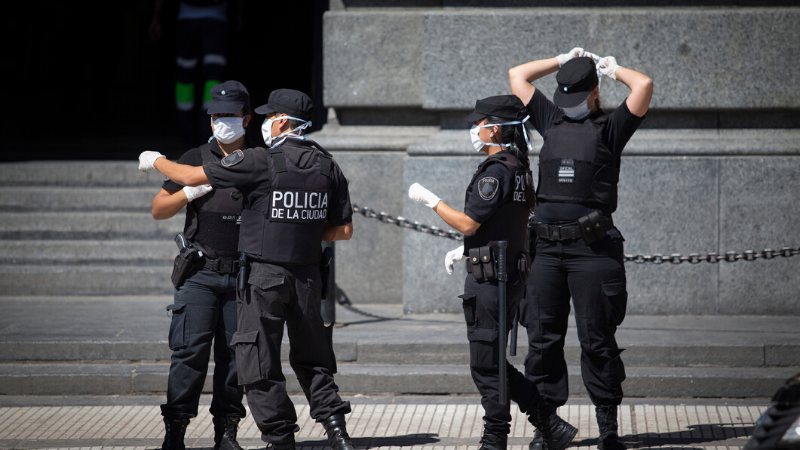 As COVID-19 continues to propagate across Latin America over the short and medium term, the impact on supply chains, logistics infrastructure, and the wider global economy is forecast to result in a marked change in the operations of organized criminal groups in the region. Border closures and delays in cargo transport – by air, land and sea – are negatively affecting the revenue streams of cartels and drug producers as they encounter difficulties securing the base materials and equipment used in drug production. MSV Noticias, a Mexican broadcasting service, reported on 5 March that organized criminal groups, including the Jalisco New Generation Cartel (CJNG), have struggled to continue narcotic production, particularly fentanyl surrogates, largely due to reduced availability of chemical precursors from China. As this disruption to manufacturing and operations reduces revenue historically secured from drug production over the short to medium term, regional organized criminal groups will probably focus their efforts on other revenue streams. 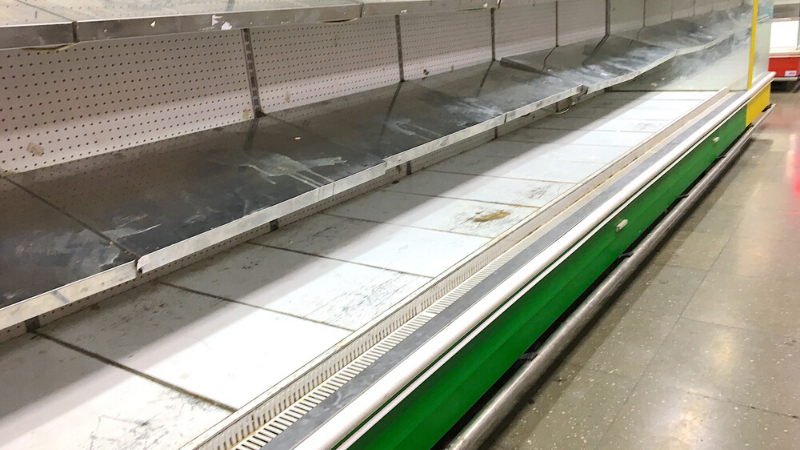 The scarcity of basic goods, as a result of logistics disruptions and general panic buying, is likely to encourage criminal groups to engage in cargo theft – both as a means of supplying existing operations and for the purposes of re-selling stolen goods in high demand on the black market. Perpetrators are expected to target cargo transported along major highways as well as in storage depots and ports. This type of criminal activity has a higher likelihood of occurring in countries where there are established domestic groups dedicated to cargo-theft, such as Mexico, Venezuela, Brazil, Guatemala, Honduras and El Salvador. Moreover, government priorities during previous crises have concentrated on the use of security forces to enforce curfews, border closures and mitigate against prison riots; this has previously been seen in Brazil, Mexico, Colombia, Honduras and Guatemala. However, if governments use their security forces in this fashion, the change in duties will hinder their capacity to counteract more general criminal activity over the short to medium term, thereby providing organized criminal groups greater freedom to target cargo transport without fear of interception. 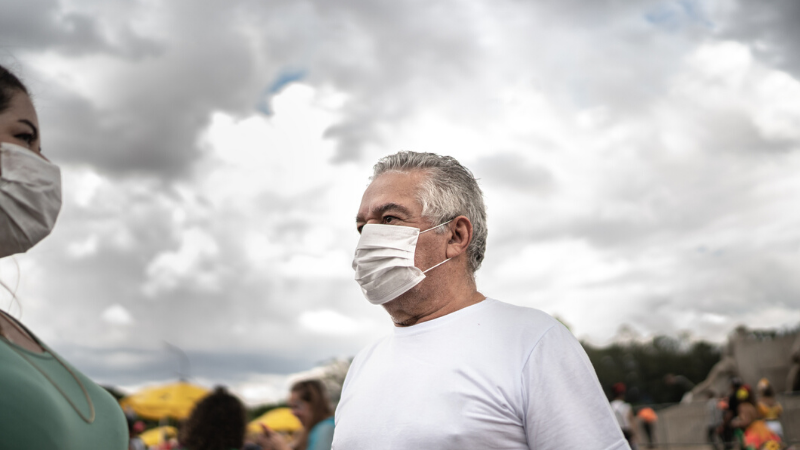 The decrease in revenues associated with the expected economic slowdown will also hinder the capability of small and medium-sized businesses to pay extortion fees across the region, resulting in lower extortion revenues for criminals in the short and medium term. MSV Noticias reported on 5 March that, since the start of February, businesses dealing in counterfeit goods in Mexico City could not afford to pay extortion fees to the Union de Tepito, a local organized criminal group, as they were not receiving their merchandise from China. Similarly, Proceso, a Honduran news outlet, reported on 16 March  that, as a result of movement restrictions for COVID-19, public transport drivers in Tegucigalpa were incapable of paying extortion fees and feared violent criminal reprisals. In response to such developments, criminal groups may well attempt to broaden the scope of their extortion operations to a wider variety of targets, while simultaneously demanding smaller fees, in order to maintain similar overall levels of revenue. This effort can be expected to take the form of increased telephone extortions as a they diversify their criminal activities across a broader variety of targets. As recently as 17 March, the Prosecutor’s Office of Mexico City (Western division) issued a warning of an increase in telephone extortions, with four reported cases in less than 48 hours.

As criminal groups face reduced revenue from drug-trafficking, they may increasingly engage in kidnapping as an alternative revenue source over the medium to long term. However, in the short term, restrictions on public movement and government mandates to quarantine as a result of COVID-19 will systematically reduce the number of individuals operating outside their homes and therefore reduce the number of potential targets for express kidnappings, the most common type of kidnapping carried out in the region. As a result, criminals are increasingly likely to engage in virtual kidnaps in the short term. On 17 March, for example, the Prosecutor’s Office of Mexico City (Western division) warned of an increase in reported virtual kidnaps, and over the past two weeks Mexican news outlets have increasingly reported incidents of virtual kidnap in the states of Puebla, Guanajuato, Michoacán, Quintana Roo (Playa del Carmen) and Jalisco.

About NYA, a GardaWorld company 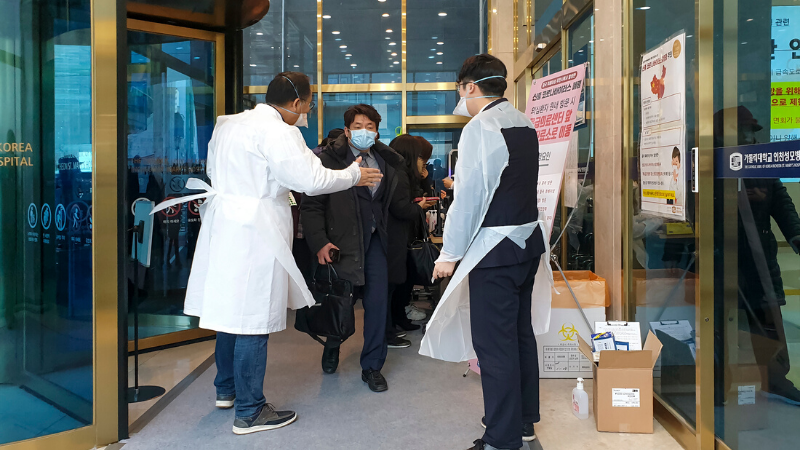 NYA has one of the largest specialist crisis response teams in the industry and has experience in advising on an average of 80 - 130 incidents per year. These include traditional security problems – such as kidnap for ransom, cyber-attacks, extortion, malicious threats, illegal detention, emergency political evacuation, terrorism, and workplace violence – as well as accidents and broader issues affecting our clients’ operations, brands and reputations. NYA is retained by some of the world’s largest ‘special risks’ and crisis management insurers. NYA has one of the largest teams of exclusively retained consultants in the industry ensuring that our clients have access to the best people when they need them most. NYA’s response consultants are strategically based across 16 global locations enabling us to provide the most rapid response in the industry, local expertise, and a high degree of operational resilience during periods of uncertainty such as the current disruptions associated with the spread of COVID-19.

Customize your news dashboard to receive alerts for 200+ countries that may be affected by the coronavirus outbreak, for free. Crisis24 is managed from our global operations center by our team of analysts.