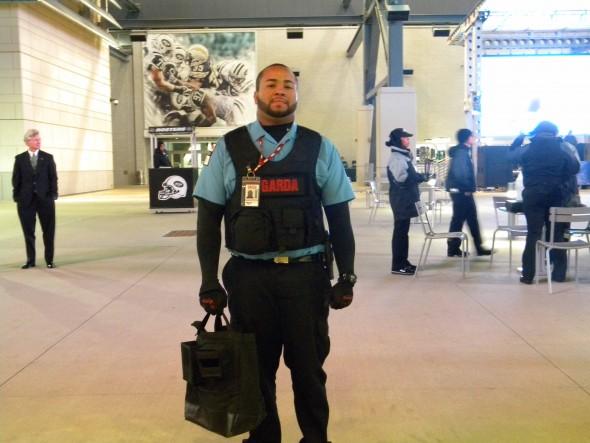 In our ongoing effort to support those affected by Hurricane Sandy, Garda Cash Logistics joined forces with the New York Jets and the American Red Cross on Thanksgiving Day to raise funds supporting those impacted by the recent hurricane.

The N.Y. Jets and the Red Cross collected monetary donations at all MetLife Stadium gates during the AFC East matchup against the New England Patriots with fans and the team raising a total of $41,000 for Hurricane Sandy relief efforts.

Garda provided collection bags, armored transportation and security officers for the fundraising campaign before processing and transporting the funds to PNC Bank for deposit.

“We were delighted to join the New York Jets and American Red Cross in this fundraising,” said Vince Modarelli, Garda Senior Vice President and Head US North. “Keeping money available during and after natural disasters like Hurricane Sandy is a critical mission for Garda, as is assisting the community in recovering from them.”