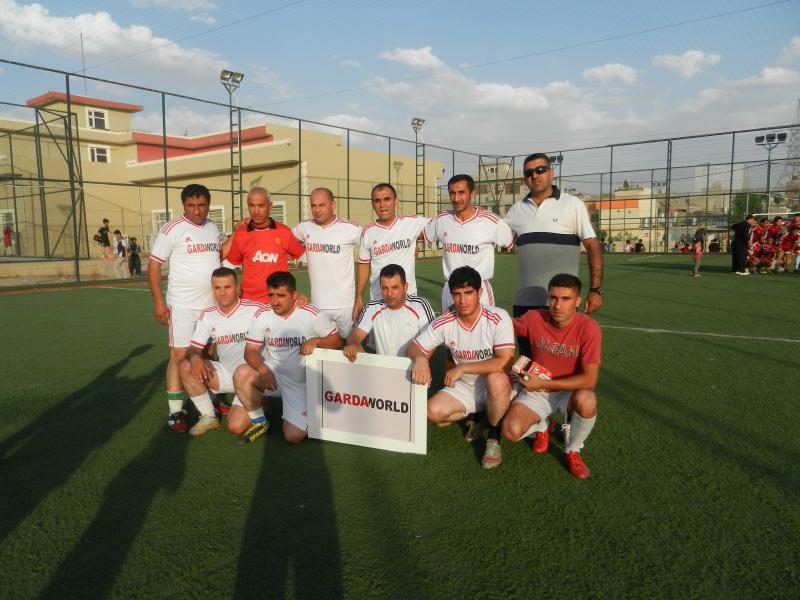 The Sulaymaniyah amateur football circle is sponsored by Sully Youth Central Sport who arrange an annual tournament in Kurdistan. The GardaWorld ‘Sully team’ entered the tournament for this first time this year playing several tough matches during the day taking them to face rival team the Kurdistani’s in the final match.

The GardaWorld team was strong from the start with Shamal scoring the first goal after three minutes. At the 26th minute Kurdistani equalized when they were awarded a penalty. The score stayed the same until the end of the match and game went to penalties. Great goals scored and we took the match 5-4 winning the tournament and a cup. Well done team GardaWorld!