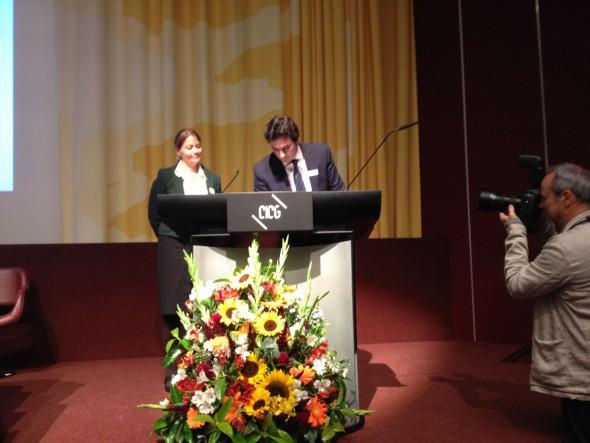 GardaWorld International Protective Services was well-represented recently at the formal creation of the International Code of Conduct Association (ICoCA) in Geneva, Switzerland with GardaWorld President and COO Oliver Westmacott signing the Association’s Charter for the company. Also in attendance were General Counsel Brent Wegner, who participated in the session and signed the Charter as one of four industry members of the Steering Committee which drafted the Charter, and Andrew Farqufar, Managing Director of UK Operations and Chairman of the Executive Committee of the Security in Complex Environments Group in the UK.

GardaWorld played an important role in creating and implementing the International Code of Conduct for Private Security Service Providers (ICoC) operating in high threat regions.   Both Brent and Andrew recently participated in the final negotiations of the Charter which were hosted in late February by the Swiss government and the Geneva Centre for the Democratic Control of Armed Forces in Montreux, Switzerland.

The ICoCA, which will be based in Geneva, is a multi-stakeholder association of governments, private security providers and nongovernmental organizations, tasked with implementing and overseeing compliance with the ICoC.  The purpose of the ICoCA is to promote the responsible provision of security services and respect for human rights and international law.  It will adopt procedures to certify and monitor private security providers, as well as create a third-party complaint process.  As of its formation on Sept. 20, 2013, the ICoCA will have 135 industry members from around the world as well as a number of governments and civil society organizations.

The ICoC initiative was launched by Switzerland on November 9, 2010 and is based on the 2008 “Montreux Document” which sets forth pertinent international legal obligations and good practices for governments related to operations of private military and security companies during armed conflict. Its aim is to ensure that the actions of private security providers do not contravene human rights or international humanitarian law. To date, more than 700 private security companies have signed the ICoC. 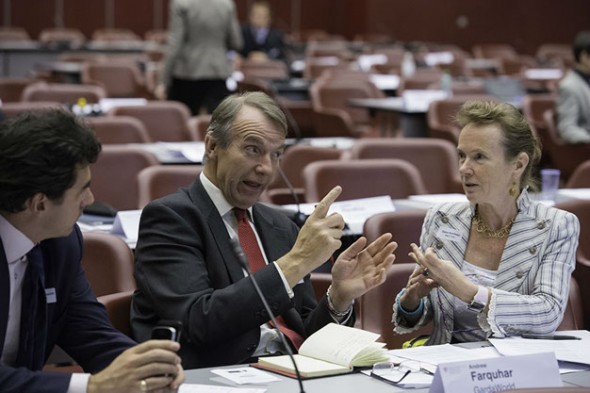 Andrew Farquhar makes a point at the IcoC meeting in Geneva 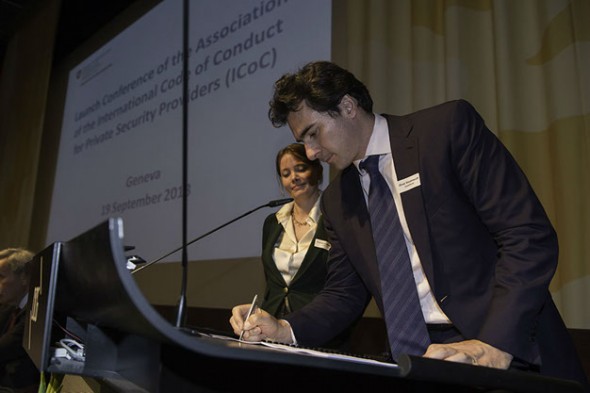