GardaWorld teams in the UK are off to the races 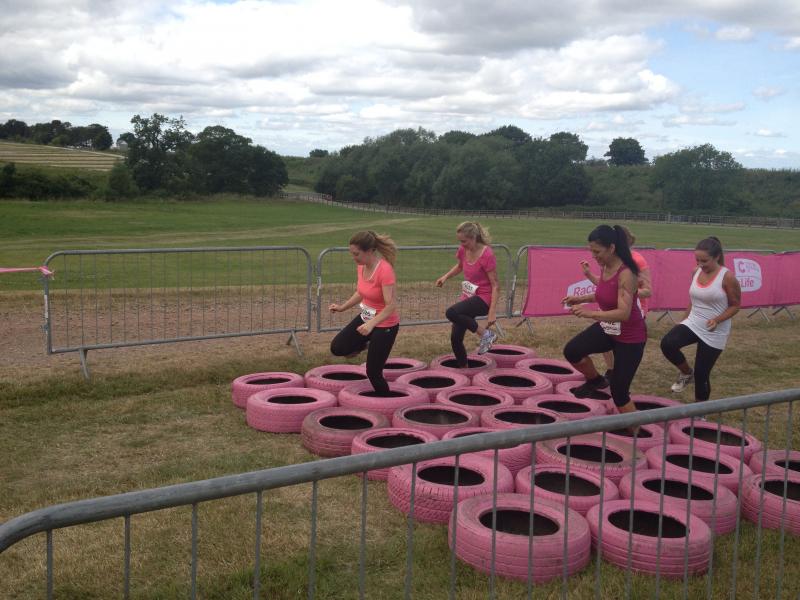 Our Hereford, UK office ladies completed their 5k challenge for Cancer Research UK by climbing, hopping, skipping, running and crawling through the muddy obstacle course in July. With plenty of support on the day from supporters and spurred on by their fundraising the ladies had a fantastic time and would like to say a huge thank you to everyone who donated. Rachel Naya, Heather Small, Chloe Harris, Sephie Mitchell and Nicola Davies raised over £750!

Then, on October 11th, a 14-strong team from our management office in London joined 16,000 runners taking part in the Royal Parks Half Marathon. The 13.1-mile route through Central London takes in the spectacular sites of the capital and the beautiful Royal Parks.

The team raised money for the Aegis Foundation, a UK-registered charity which aims to bring immediate relief to communities in post-conflict environments – especially Iraq and Afghanistan – through small, grassroots, community projects which are low in cost but high in impact.

Since it was launched in 2004, the Aegis Foundation has carried out over 200 projects, including installing water purification systems in schools, donating generators for hospitals and schools, supplying hospitals with urgently needed medical supplies, and providing orphanages with basic furniture. Hadi Allawi, from the Advisory MENA desk took part in his first ever half marathon and described how “the foundation prides itself on making every single penny count, having a direct relationship with our beneficiaries and listening to what they really need. We have a number of worthwhile projects, and look forward to a funding boost which will support our ongoing projects and help us develop new ones.”

Our Senior Managing Director, UK Graham Binns, led a team of supporters, said that the race “follows in a strong tradition of fundraising at the company, and marks the fourth race our team has entered in as many years. The foundation is a prime example of Aegis’ commitment to the communities in which we work. As we become part of the GardaWorld family, we are pleased to join a company of like-minded individuals.”