How police departments can do more with less 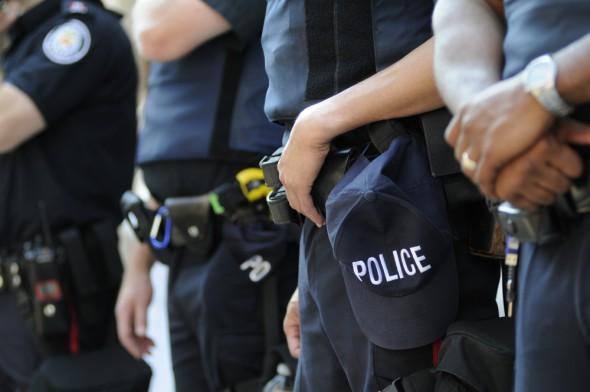 According to a recent issue of The Economist news magazine, crime’s on the run just about everywhere in the world. Across America as a whole, violent crime has fallen by 32 percent since 1990, while it’s dropped twice that in big cities. In Canada, the National Post reported last year that national crime levels were the lowest in 40 years.

Note: Before joining GardaWorld Protective Services, Yves Riopel retired from the Montreal Police as chief inspector after 30 years with the force and 26 years in investigations, with ever-greater responsibilities.

Climbing out of deep holes. Fact is, most North American municipalities haven’t yet climbed out of the fiscal hole that 2008’s economic downturn dug for them, given falling tax revenues, more demand for services and rising costs. Although real estate valuations—a primary source of local taxes—have recovered, they’re nowhere near their pre-recession prices in most locales.

In Canada, according to The State of Canada’s Cities and Communities 2012 published by the Federation of Canadian Municipalities, this problem is made worse by the fact that policing and public safety are the fastest-growing areas in municipal budgets, making up more than 20 percent of local spending. In many communities, policing costs are rising faster than the cost of health care.

As another example, so-called “fender-bender” traffic accidents without injuries can require a minimum of a couple hours of an officer’s time. In the U.S., the National Highway Traffic Safety Administration has estimated that about eight million auto accidents a year—about two-thirds of all auto accidents—don’t involve injury at all. If even just half of those accidents require a police officer’s reports (and the rest exchange insurance information), that’s eight million hours of time that require 4,000 full-time officers or about $320 million a year in payroll to process. All for filling out simple paperwork.

Let others rescue cats in trees. Does this activity really need highly trained, often experienced sworn police officers to do? In a word, no. Trained private security services can do the same work a lot cheaper, leaving sworn officers to focus on more threatening crime.

Another example is an enormous annual marijuana eradication operation that one municipality conducts at the end of each summer’s growing season. It involves over 400 police officers for several days in what is essentially nothing more than a gardening operation! Sure, such large-scale, illicit growing is certainly a criminal enterprise and may require armed security. But it’s a huge waste of resources to dispatch a force of 400-plus armed police officers when a dozen could provide all the security that a large, private sector work crew with bulldozers would need.

Crime’s changing complexion. While violent crime has thankfully fallen, other types of crime are rising, such as fraud, identity theft, cyber-crime—all of it generally much more sophisticated and conducted by highly-organized gangs. That’s where police departments should focus their talent and time.

Such work is certainly much more interesting and challenging , and the kind of work which police departments should be willing to pay higher wages or salaries to officers qualified to investigate these crimes. Another important point is that the pay for police must be high enough to offset the temptations of corruption.

Unfortunately, many police departments and municipalities are held back by a couple fallacies. One is conservative thinking that budget cuts must lead to fewer officers, which in turn will lower police visibility and increase crime. That fear is shared both by older generation police veterans and by unions, the latter fearing also that their membership, coffers and power will decline.

Good police are always needed. Fact is, the need for well-paid, well-educated police has never been greater, especially given the criminals’ increasing sophistication and targeting of much more lucrative crimes. Outsourcing non-critical, non-violent police activities like accident reports, parking enforcement, crowd and traffic control, and other kinds of duties can make tremendous financial sense, without undermining either the public’s safety or the police’s professionalism and franchise.

Another fallacy against outsourcing these kinds of activities applies to the outsourcing of any public sector function: That private companies will just milk the opportunity with low-paid personnel who have little or no training. While this can happen, good governance on the part of the municipality and good management on the part of public safety departments can prevent this and draft contracts that are performance-based and regularly subject to review and competitive bidding.

For more information about GardaWorld’s Protective Services, which help secure people and assets in 140 cities across Canada, please visit garda.com.