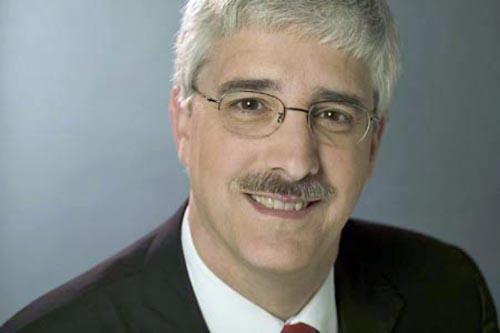 “We are extremely pleased that Mr. Jackson has accepted to join our International Advisory Board which is a reflection of our aggressive strategic growth objectives to support more US government work and public defense sector engagements,” said Garda President and CEO Stephan Cretier.

“He brings a wealth of experience from both the government and private sectors to our International Advisory Board during a time of unprecedented change and opportunity in the high-threat markets we serve. His experience in homeland security is perfectly suited for GardaWorld’s increasing prominence in providing security solutions to the government sector.”

Mr. Jackson has extensive experience in executive positions in both the private sector and the federal government. He is the founder and President of Firebreak Partners, LLC, a firm created to finance and deploy high-value security technologies to protect critical infrastructure. From early 2005 through October 2007, he was Deputy Secretary of the U.S. Department of Homeland Security (DHS). In this role, Mr. Jackson was the Department’s chief operating officer, with responsibility for managing day-to-day operations at DHS. Formed in 2003, DHS has some 210,000 employees, with an annual budget in FY 2007 of $45 billion. Its seven operating components and over twenty supporting organizations span the range of homeland security missions, including counter-terrorism, emergency management, law enforcement, research and development and intelligence analysis.

Mr. Jackson served as Deputy Secretary of the U.S. Department of Transportation (DOT) from May 2001 to August 2003. His tenure there was particularly focused on DOT’s response to the 9/11 terrorist attacks, including creation of the new Transportation Security Administration and management of recovery efforts for the nation’s aviation industry. He served as a member of the Board of Directors for Amtrak and was chairman of its Audit Committee.

Mr. Jackson also held positions working for two earlier Presidents. In the Administration of President George H. W. Bush, he served at the White House as Special Assistant to the President for Cabinet Liaison, and later as Chief of Staff for the Secretary of Transportation. From late 2003 to January 2005, Mr. Jackson served as Senior Vice President of AECOM Technology Corporation, a global family of design and engineering firms, where he was responsible for strategic government relations and served as Chief Operating Officer of AECOM’s Government Services Group. In 2004, he was a member of the President’s Commission on Implementation of United States Space Exploration Policy, which provided a management roadmap for undertaking NASA’s future missions.