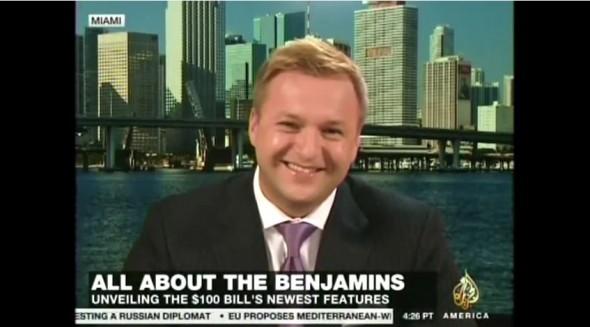 The Federal Reserve began circulating the new $100 bill on this day one year ago. And, interestingly enough, this year also serves as the 100th anniversary of Benjamin Franklin appearing on the $100 note.

The new bill was launched with all the fanfare you’d expect from a high-tech anti-counterfeit note that was in development for more than 10 years. GardaWorld Cash Services President, Chris Jamroz, even made an appearance on Aljazeera America’s Real Money with Ali Velshi, to mark the occasion.

As the most counterfeited bill outside of the US, the new $100 note had a big job to do. How has it faired so far?

Although the bill is complicated to duplicate, counterfeiters are still giving it a go. And even though these counterfeits might pass human inspection, they’re always caught by GardaWorld’s currency sorters before the cash is turned over to the Federal Reserve, which has seen counterfeit bills from every state. The counterfeit currency caught by our machines is always submitted to the Secret Service.

Want to see for yourself if you have a counterfeit of the new $100 bill? Read our tips on what to look for here. If you’re looking for ways to spot other counterfeit bills, we’ve offered some tips here for that too.