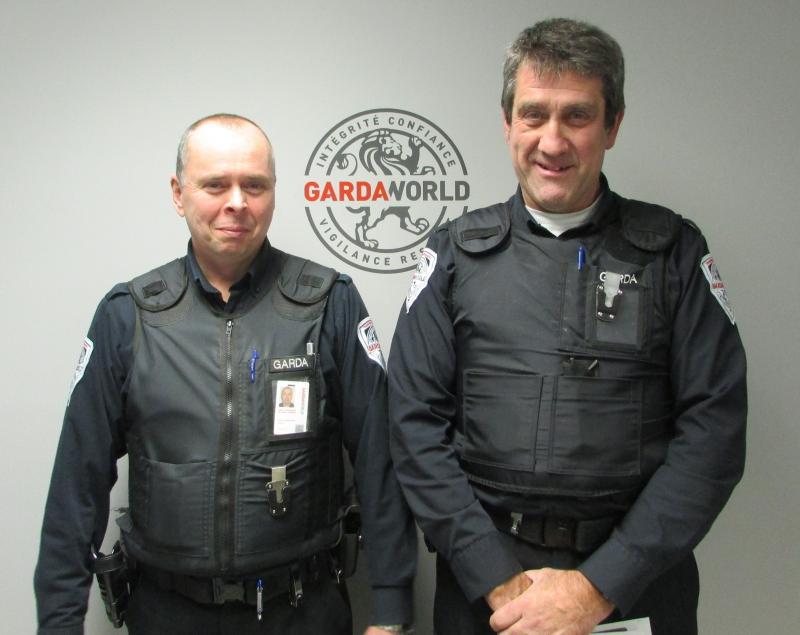 Teammates Sylvain Blais and Paul Deschênes, GardaWorld Cash Services Officers, have been working for the Quebec City branch for 33 and 34 years, respectively. One morning, as they approached the Pierre-Laporte Bridge, they noticed a vehicle ahead of them losing control and rolling over. In a matter of seconds, the motor caught fire and five other vehicles collided by trying to avoid the scene.

Paul quickly jumped off the truck to extinguish the fire, while Sylvain strategically shielded other cars from the incident with their armored truck. Since the first extinguisher was not sufficient, Sylvain joined his teammate with the second extinguisher they always carry with them. Thankfully, they managed to quickly control the situation. An onlooker already at the scene helped the driver exit the vehicle and with the emergency services on their way, our courageous employees ensured that no other passengers were trapped in the damaged car before getting back in their trucks to resume their scheduled services.

Road safety is an important training aspect for GardaWorld Cash Services Officers. In this case, their training benefitted fellow drivers by remaining cautious and vigilant, especially during the winter season.

Sylvain and Paul are true heroes to GardaWorld and the people they protected with their quick thinking and dedication to security in every situation.