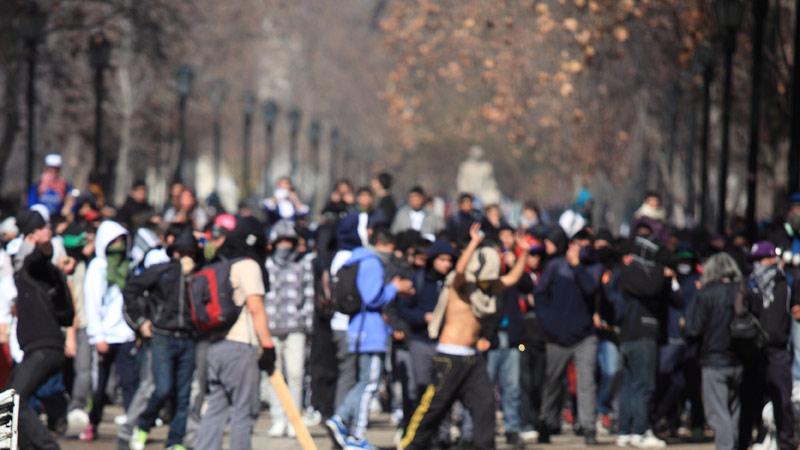 The U.S. election may have already occurred, but concerns are continuing to rise about widespread protests, riots and even armed militia activity. The election was the culmination of an increasing number of demonstrations involving violent, and sometimes deadly, clashes between people from groups representing both sides of the political spectrum. While threats of injuries and fatalities are paramount, individuals in law enforcement and security across the country have also been forced to manage blocked roadways, as well as respond to looting and property damage. 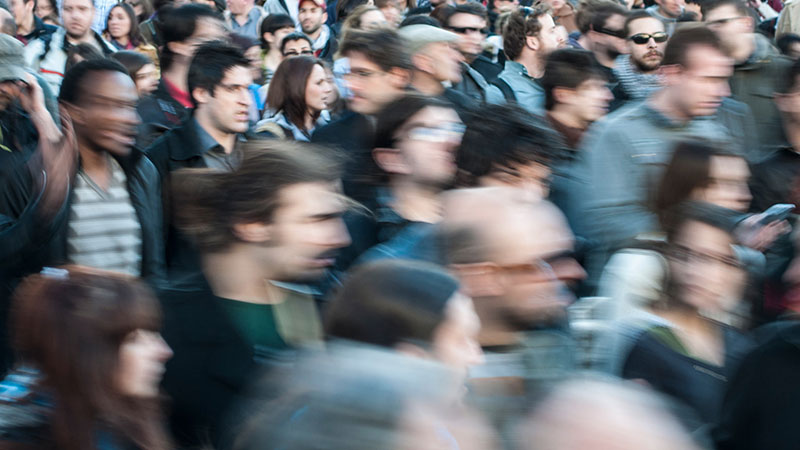 GardaWorld has long helped private businesses and public institutions prepare for, respond to and recover from both brief demonstrations and more prolonged periods of civil unrest. To help organizations understand the current threats, and the best practices, GardaWorld recently held a panel that included current and former police chiefs, as well as GardaWorld’s Area VP David Paulos. The webinar was moderated by Kevin Davis, GardaWorld’s director of consulting.

Civil unrest in the United States is not a new phenomenon

The panelists stressed that although tensions are particularly high, civil unrest is not a new, nor necessarily a worsening issue in the United States. Charles Ramsey, former Chief of Police for Washington, DC, and former police commissioner for the City of Philadelphia, recalls the Vietnam War and civil rights protests that occurred when he started his career in 1968. “[Civil unrest] is not new,” he said, later adding that compared to then, law enforcement and security organizations are now “much better prepared to deal with issues.” 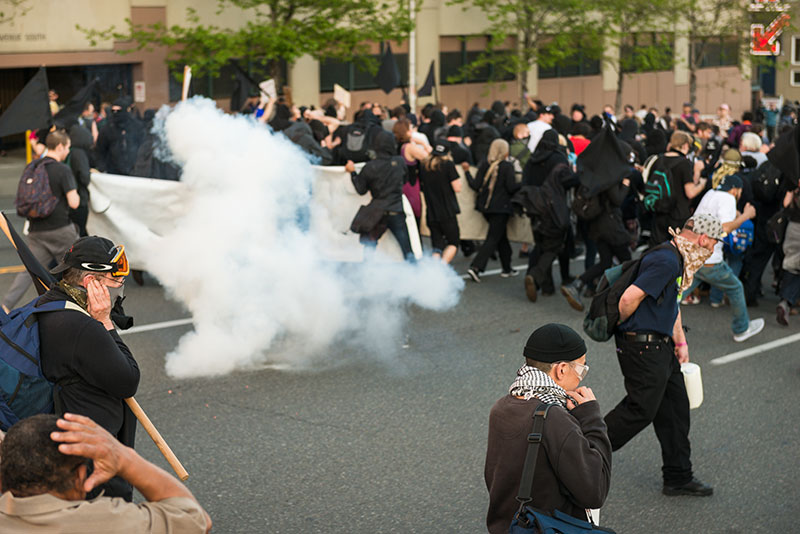 Making reference to lessons learned from the 1960s and 1970s, to the anti-global trade protests in the late 1990s and early 2000s, to more recent political demonstrations, Ramsey explains: “We have gone a long way to establishing relationships with the community and getting information… it’s not just about police, just about city governments, nor just about private security; it’s about all of us collectively working together to maintain peace—while at the same time, allowing people to express themselves, and to do so in a peaceful way.”

On being prepared for the worst-case scenario

The unrest related to the election might not only be concentrated around the election itself, but an ongoing threat for the months to come. “It’s not just going to be about November 3; it’s going to be November 3 to January 20,” said Ramsey, referring to the period from Election Day to the swearing in of the elected president.

“It’s better to be prepared and hope nothing happens than to be unprepared and get caught short,” he said. Chief of police for Baltimore County, Melissa Hyatt, agreed. Referring to her response to civil unrest in Baltimore in 2015 and 2016, Hyatt discussed the importance of building and training people in an Incident Command System to clarify the chain of command for communication and decision-making in a highly charged environment that requires quick thinking. She stressed that police departments always plan for the what ifs, even if they’re not likely to happen. “If we don’t prepare for these things in advance when time is on our side, then when we’re in that stressful environment, we won’t have the tools and the plans to navigate,” she said.

The significance of proper communication to counteract misinformation

For private companies, Hyatt emphasized that “communication is probably the biggest piece.” It is crucial to spend time now to structure communication flow and plan who will be disseminating information, which is especially key to counteracting rumor and false news. When misinformation does get put out, it is critical to have people in place to clarify the information to reduce anxiety among stakeholders, she explained. Organizations, especially large ones, such as universities and hospitals, should also work with their security personnel and leadership to “identify certain trigger points” that would necessitate certain actions, from sharing communications about safe routes and practices to evacuations or shutdowns, Hyatt added. It’s also vital, no matter the size of your organization, to think through decisions around changes in work schedules, potential closures, evacuation guidelines, and alternate transportation. 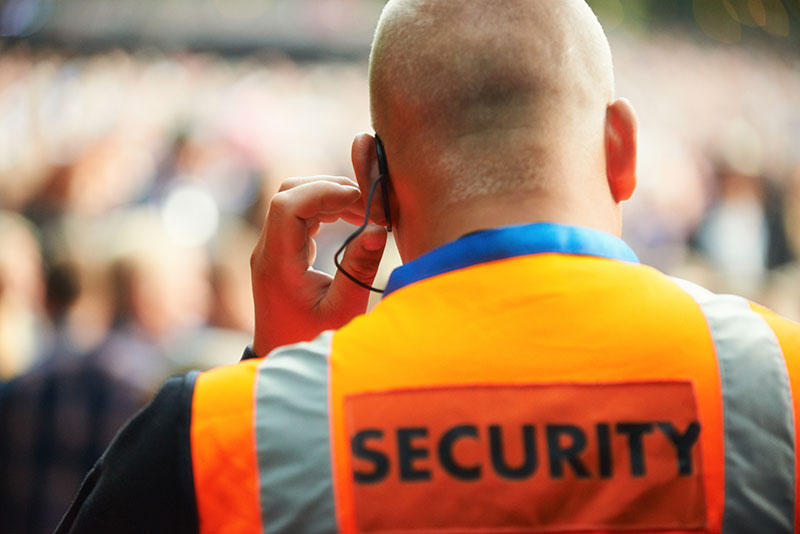 While civil unrest has been typically confined to large cities, Davis emphasized that recent events in towns such as Kenosha, Wisconsin underline the importance of thinking through threats, communication plans and key areas to protect. Ramsey added that organizations should prepare for a shift after dusk. Often he says, daytime demonstrations are peaceful, but “as it starts to become night, the crowd changes and others tend to come in… who aren’t there for any other purpose other than to cause problems.”

Good information is vital to an effective response

Paulos stressed the importance of good ground information during a demonstration or riot scenario. In the case of recent protests in Washington, DC, he said “we put people in place where they’re mingling, following the protests and providing real-time information as things are unfolding.” The information about the group’s plans for the demonstration route was invaluable to stakeholders communicating to employees and others, whether the advice is to lock down the building or to not leave the premises. He recommended setting up a text message thread via a chat platform so all key leaders and responders can be informed at once.

Davis added that official communication from law enforcement and others may not be timely enough. “You’re going to get information late, so sometimes you have to go out and develop your own information using your private security personnel…to keep not only places safe, but people safe,” he said. In addition, leaders should designate individuals to monitor local media and liaise with local law enforcement. Having built strong relationships with law enforcement across the country, GardaWorld is well positioned to access real-time intelligence, as well as develop on-the-ground information.

Hyatt again stressed the importance of early and wide communication to employees in responding to civil unrest “whether you’re doing an old-school phone tree or some type of alert system.” Organizations should communicate as many details about the planned protest or expected civil unrest as possible, and may wish to give employees permission to leave early, or even require employees to vacate the office ahead of the event.

Getting back to normal

Hyatt spoke of the significance of reopening safely and keeping lines of communication open. When there is still a threat of civil unrest, it may be appropriate to only bring back necessary personnel, she said, or to develop processes to be able to scale operations “back up or down” in the face of rolling demonstrations.

Organizations should not simply go back to business without assessing and addressing the impact and ensuring that psychological needs are addressed. If incidents were traumatic for employees—and at times the anxiety build-up to an event may take a toll, even if demonstrations do not result in violence or destruction—Hyatt said it may be helpful to bring counselors in to be ready to help anyone talk through their concerns. Before resuming operations, it’s also critical for representatives of the business or organization to reach out directly to employees to communicate information about how the organization responded and plans to continue to keep them safe. “This gives employees confidence in their employer,” she said.