US: Kilauea volcanic haze reaches Guam as of May 29 /update 13 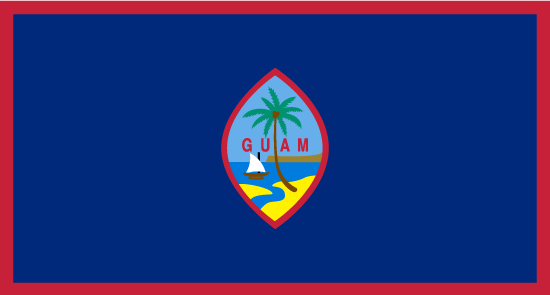 Haze from the Kilauea volcano reaches Guam as of May 29; authorities urge Leilani Estates residents to evacuate due to quickly moving lava

US: Lava from Kilauea destroys hundreds of homes June 4-5 /update 16

US: Increase in seismic activity near Kilauea volcano June 3-4 /update 15

US: Lava flow from Kilauea volcano continues to spread May 26 /update 12

US: Small steam explosion at Kilauea volcano May 19 /update 9

US: Kilauea volcano erupts in Hawaii May 17 /update 8

US: New volcanic fissure opens on Island of Hawai’i May 13 /update 5

US: Major disaster declared in Hawaii May 11 over Kilauea eruptions /update 4

US: Volcanoes National Park closed due to threat of eruption May 11 /update 3

US: Kilauea eruption destroys at least 31 homes as of May 7 /update 2

US: Kilauea eruption destroys at least nine homes as of May 6 /update 1

US: Volcano eruption prompts evacuation in Hawaii May 3-4

Volcanic haze from Kilauea volcano has reached Guam as of Tuesday, May 29, prompting local authorities to advise residents with respiratory issues to remain indoors, and cautioning airplane pilots and sailors of the dangers of consequent reduced visibility. Associated air and sea transportation disruptions are possible in the coming days. Additionally, Hawaiian officials urged residents of Leilani Estates on Monday, May 28, to evacuate the area due to continuing eruptions of quickly moving lava in the East Rift Zone fissure system. According to the Hawaiian Volcano Observatory, the further spewing of lava and ground cracking in the East Rift Zone, notably including near Leilani Estates and Lanipuna Gardens, are possible in the near-term.

A "red" level aviation alert remains in effect for Kilauea as of May 28, indicating that a major volcanic eruption may be imminent. The initial decision to issue such warning, made by the US Geological Survey (USGS) on May 15, came amid intensifying ash eruptions and the production of rock projectiles from volcanic explosions. Additional lava, gas, and ash eruptions are expected at Kilauea and the East Rift Zone in the coming days. Consequent transportation disruptions and evacuations are possible in the near-term. Notably, flight disruptions due to the presence of ash in the atmosphere are possible in the coming hours and days, including at Kona International Airport (KOA).

Residents on the Island of Hawai'i near the ongoing eruptions have been told to be prepared to evacuate on short notice; around 2000 people have already been evacuated in recent weeks. Several earthquakes have also shaken the area, the strongest of which measured 6.9 on the Richter scale.

Kilauea began erupting on May 3. Hawai'i Volcanoes National Park has been closed since May 11 as a precaution. US President Donald Trump has declared a state of major disaster in Hawaii, making federal funding available for recovery operations.

Individuals in Hawaii and Guam are advised to avoid the affected area, monitor the situation, confirm flight reservations, follow any instructions issued by the local authorities (e.g. evacuation orders), and wear respiratory masks and covering clothing to protect skin from ashfall in affected areas.

Guam: Coronavirus entry restrictions in place as of February 21

US: Tropical depression to bring flooding, high winds through Sep. 22