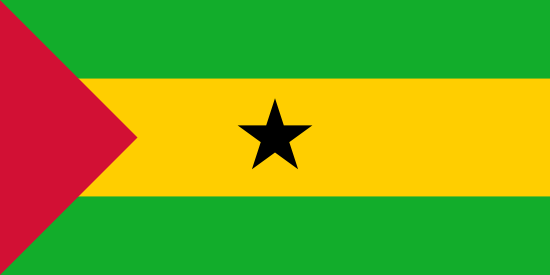 Election-related protests in São Tomé and Príncipe result in clashes with police in front of Election Commission headquarters October 7; similar protests possible in the near-term

On the evening (local time) of Sunday, October 7, following parliamentary elections held earlier that day, protesters clashed with riot police in front of the Election Commission headquarters in São Tomé, setting fire to Judge Natacha Amado Vaz's car before they were dispersed. There have been some reports of hotel lockdowns in anticipation of larger protests over the coming days. Though the demonstrations have reportedly been brought under control, similar election-related protests are possible in São Tomé and Príncipe in the near-term.

These elections mark a downturn in the previous surge of popularity enjoyed by the Independent Democratic Action (ADI) party from 2006 to 2014. Before the party's eight-seat decline (to 25/55) in this election, the ADI's share of seats spiked in 2014 to create a raw majority (33/55), but in the 2010 election, the ADI secured only 26 seats. The São Tomé and Príncipe Liberation Movement - Social Democrat Party (MLSTP-PSD) secured 21 seats in 2010 and 20 in 2006, making its most recent gains (16/55 to 23/55) marginal relative to its historical performance.

The ADI lost its raw majority in São Tomé and Príncipe's legislature after the elections held on October 7. Although the party won the election, it will likely be forced into forming a coalition government with the São Tomé and Príncipe Independent Citizen Movement Party (MCISTP) and one party or more to be named later. The MLSTP-PSD gained seven seats in the election and currently holds only 2 fewer seats than the ADI. It cannot be ruled out that the MLSTP-PSD might form a governing coalition before the ADI.

This election also saw renewed voter participation in São Tomé following election boycotts by the MLSTP-PSD in the 2016 presidential election that resulted in the victory of Evaristo do Espirito Santo Carvalho. However, it did not see a substantial reduction in potentially violent demonstrations and allegations of fraud and corruption. Manuel Pinto de Costa, São Tomé's first president following independence and co-founder of the MLSTP-PSD, still leads the party to contest elections, which are usually viewed as stable. Following a successful coup in 2003 and a failed coup in 2009, the past nine years have seen little election-related violence.

Individuals in São Tomé and Príncipe are advised to monitor developments to the situation, avoid all demonstrations and expect transportation delays in the vicinity of protests, and adhere to any instructions issued by the local authorities. Anticipate closures of services and hotels near protest sites.

São Tomé and Príncipe: Authorities extend state of emergency until May 16 to curb spread of COVID-19 /update 2

São Tomé and Príncipe: Entry restrictions in place as of March 11

São Tomé and Príncipe: US Department of Transportation issues new advisory for Gulf of Guinea January 20

São Tomé and Príncipe: 5.5-magnitude earthquake strikes in the Gulf of Guinea December 19