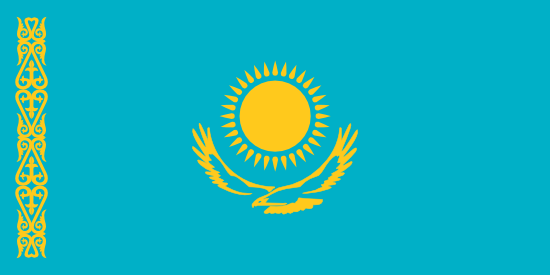 Hundreds of anti-government demonstrators rallied in Almaty and Nur-Sultan on Sunday, June 9, to denounce the snap presidential elections called by interim president Qasym-Zhomart Toqaev. Riot police arrested dozens of protesters in both cities on Sunday amid the vote, which Toqaev organized in an attempt ease the uncertainty that has dominated the political environment since longtime President Nursultan Nazarbayev announced his resignation in March. Reports also indicate social media websites and applications - including Facebook and Telegram - were temporarily restricted on Sunday.

A heightened security presence is to be expected in major urban areas across Kazakhstan in the wake of the election. Similar demonstrations are possible over the coming days and weeks.

On March 19, Kazakh President Nursultan Nazarbayev announced his resignation from the office of the presidency effective March 20. In a televised address on March 19, Nazarbayev, who will remain chair of the country's Security Council and the ruling Nur-Otan party, named speaker of the upper parliament chamber Qasym-Zhomart Toqaev as interim president. Toqaev - who called for snap elections in April - is expected to win the June 9 vote.

Kazakhstan's law on public assembly is highly restrictive and effectively denies citizens the right to protest. Nevertheless, mass protests do occasionally take place in the country.

Individuals in Kazakhstan are advised to monitor developments to the situation, avoid all political gatherings as a precaution, anticipate possible protests and associated disruptions over the coming weeks, and adhere to all instructions issued by local authorities and their home governments.

Kazakhstan: Air Astana to resume domestic flights on May 11 /update 17

Kazakhstan: Commercial flights between Nur-Sultan and Almaty to resume May 1 /update 15

Kazakhstan: Authorities to extend state of emergency until May 11 due to COVID-19 /update 14

Kazakhstan: Authorities to quarantine East Kazakhstan region from April 18 due to COVID-19 /update 13

Kazakhstan: Government implements restrictions in Almaty and Nur-Sultan due to COVID-19 March 28 /update 9

Kazakhstan: All public events suspended due to COVID-19 March 13 /update 6

Kazakhstan: Authorities to bar entry to Iranian nationals due to COVID-19 March 5 /update 4