MONTREAL, Nov. 15, 2017 /CNW Telbec/ - GardaWorld mandated the leading firm in Canada, Ipsos Public Affairs1, to conduct a scientific survey on the use of security firms to support police forces. For the past several months, GardaWorld and the private security industry have clearly expressed that they are ready to play a greater role in supporting police forces. The private security industry can fulfill the duties for which its agents have been duly trained and regulated. The publishing of this survey is very timely, as the Government of Ontario has tabled Bill 175, one of the objectives of which is to "set clear parameters that outline police responsibilities and identify where the use of non-police personnel may be appropriate." 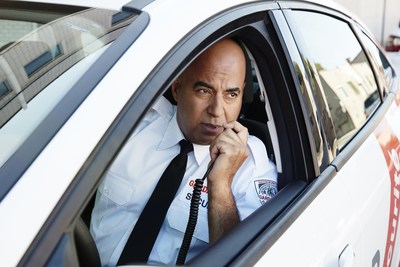 Thus, the results of the Ipsos survey clearly show that a majority of Canadians agree with increasing support for our police forces through private security companies that would perform the support tasks currently being performed by police officers. 59% are in favour versus 29% who are not.

"Twice as many Canadians are comfortable with the concept than not. It's a great starting point for a complex issue that is not very well known, but so very important" said the Hon. Christian Paradis, Senior Vice President at GardaWorld and former Federal Minister.

Canadians are comfortable with many of the measured proposals identified in the Ipsos survey.

"There is no question that Canadians are ready to optimize the system" added Mr. Paradis.

Canadians also show a significant level of support for other proposals made by the private security industry, even though there is greater hesitation on their part.

For Christian Paradis, the data is encouraging and shows that Canadians could lend more support to these proposals. "I get the feeling that some of the people surveyed, when asked certain questions, pictured scenes that they see in the CSI shows, when in fact that's not the case at all. And very few people say that they are "very uncomfortable". We need to raise awareness and educate, but again, it's a great starting point."

Canadians are ready for companies like GardaWorld to play a greater role with respect to support tasks. "We already provide cash transportation services for financial institutions, transportation of detainees for The Canada Border Services Agency and pre-boarding security in airports. There is no reason why we couldn't better support police forces in the examples such as those proposed in the survey" explained former Federal Minister Christian Paradis.

"When you go to the dentist's office, not everybody there is a dentist. The reasons seem obvious to us, it's just common sense. Yet in our police forces, trained and qualified police officers perform tasks other than their essential duties, tasks for which their expertise is not at all required. What we're saying is this: let's put the right people in the right places, otherwise the system isn't viable." explained Mr. Paradis.

"It's important to understand that we do not want to replace police officers. Nobody is suggesting that we should privatize the police, that's not it at all. We want to perform the tasks for which we are qualified in order to support our police officers, which would enable them to focus more on the duties that only they are qualified for. A qualified police officer who is managing downtown traffic is not tracking down criminals, which is what he would be doing if we were handling the traffic. It's common sense and it can be applied in many ways" concluded Christian Paradis.

About GardaWorld
GardaWorld is one of the largest privately-owned security services companies in the world. We provide cash transportation and processing services, protection services and pre-boarding control services in Canadian airports. Our over 62,000 dedicated and highly qualified professionals serve a diversified clientele throughout North America, the Middle East, Africa and Europe. We work across a broad range of sectors, including financial institutions, infrastructures, natural resources and retail, and on behalf of Fortune 500 companies, governments and humanitarian organizations. For more information, visit www.garda.com

GardaWorld Contact
For questions or interview requests, please contact us at this address: [email protected]
Request a Quote