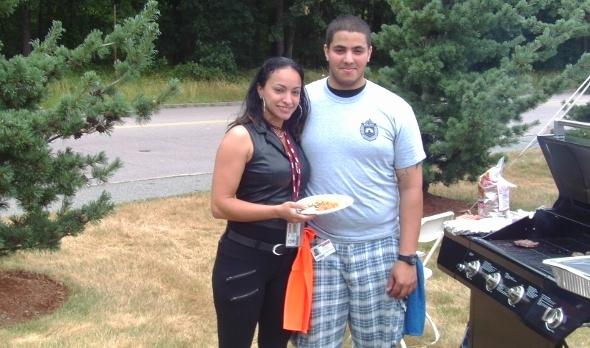 Xiomara Tennyson was recently promoted from Driver Messenger to Operations Administrator in Garda’s Needham, MA branch. In addition to her hard work and innovative ideas to help improve processes, Xiomara’s promotion is a direct result of how much she truly cares about her fellow employees and their work environment.

Before joining Garda, Xiomara held an eclectic array of positions, ranging from nursing to the military. At the core of each of these “people-centric” positions, she was able to further develop a natural gift of empathy that has helped her excel in her career.

“At the end of the day, my number one job function is being a great mother,” said Xiomara. “Out of all my titles, that’s the one that helped me learn to relate to people the most.”

“Xiomara has a special talent with the way she handles herself and in speaking with employees. I have a lot of respect for her,” said Garda VP & Deputy Head of US North Operations, Steve Morss.

Xiomara was elected to be part of the Peer Committee, a group dedicated to bettering employee relations. It was in this capacity that Xiomara started to notice that she could help make some improvements to the employee satisfaction.

“Because I’m part of the Peer Committee, I get to talk to all kinds of employees—and be their voice,” said Xiomara. At the time, she noticed a need for more employees to get to know each other and build relationships together. “That’s when I came up with the idea to have a company picnic,” she added.

Because Xiomara talked to so many employees, she knew exactly who to call for help with the arrangements. “Brandon Rodriguez (pictured with Xiomara, above) is a chef in his off-time, and he helped me immensely with the food planning and preparation,” said Xiomara. “In talking with the employees so often, I even knew who was vegetarian and how to plan accordingly. We rented a tent and brought balloons. It was a great success. I think we started cooking at noon and we didn’t pack it all up and leave until 10:00 that night.”

When asked what inspires her to come up with these kinds of ideas, she said simply, “The employees. A smile, a ‘good morning’, someone telling you that you’re doing a great job…these are the things that give people the courage to speak up and try to make a change. You never know how people will take your input, but I’ve learned that at Garda, if you’re passionate about something, you should speak up.”