10 ways to spot shoplifters around Halloween

Shoplifting is often committed by clever people. And in order to identify who might be browsing the aisles looking for items to steal, you and your staff need to be trained to look for common shoplifting “tells”—and to trust your gut feeling if you witness suspicious behavior. However, this can be especially tricky around Halloween, since thieves may use costumes as disguises.

Here are some questions to ask yourself if you suspect a “customer” is using a Halloween costume to mask their true identity as a thief.

1. Do they keep their mask on?

Thieves will often spend time around stores beforehand so they can determine the best time to steal. There’s a good chance you’ve seen the person before, so be wary of people who are going to great pains to cover themselves, whether through masks, costume makeup, wigs, or other items.

2. Are their costumes bulky or have many pockets?

Some Halloween costumes contain obvious help for thieves. Wearing an oversized coat doesn't make someone look like an old-school detective. Instead, it could mean they’re a real-live criminal.

3. Are they concealing items inside other items as they head to the fitting room?

Thieves often do this so you can’t keep track of how many items they’re taking to the fitting room, so they can easily put some into their bag (or wear them under their clothes, or in this case, under their costume) without you realizing. You should also be suspicious if they seem to be carrying a bunch of items without showing regard for size, material or color.

Mannerisms can be very telling. Store security experts have identified the “Frankenstein walk” as a tell-tale sign that someone may have stolen merchandise in their pants. Watch how your customers walk, even if not dressed like Frankenstein.

Costumes can lead to great conversations. If someone refuses to look at you when you're asking them how they pulled that great outfit together, be on guard. 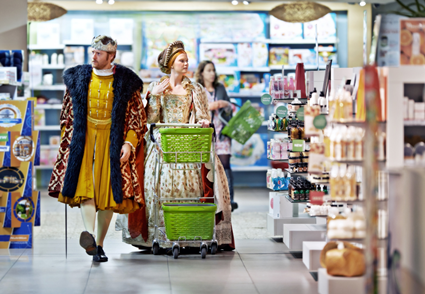 6. Does their Halloween costume include props that could store stolen items?

If that tool kit is really just part of someone’s construction worker outfit, it doesn't need to be in your store. Thieves have been known to stash items in places such as baby strollers, which do not have a child inside. Costume props can be used in a similar way.

7. Are they carrying thick bags?

Professional thieves often line shopping bags with layers of aluminum foil to avoid security sensors. Building these take time, so they like to reuse bags. Pay attention if shoppers are carrying bags not associated with your store or nearby stores.

8. Are they protective of their costume props?

Thieves are known to hold items close to their bodies. Shoppers hold things farther away. If someone doesn't want to show you the lightsaber they claim is part of their Jedi costume, be suspicious, as they may be hiding small objects inside of it.

9. Is there a group of people in costume together?

It may be romantic to dress as a couple, and group costumes make great photo ops at parties. But if you work in retail, having a group of people enter your store in costume should make you pay closer attention. Professional thieves often travel together, and group costumes can mask group conspiracies.

10. Are they acting the part and not just looking like the part?

Thieves who work together may argue or fight physically to shift onlookers’ attention away from their crime. Be alert if shoppers in the couple or group costumes are interacting with each other like the characters they're pretending to be. A damsel-in-distress routine may be a ploy to distract you from shoplifting. While professional thieves often used staged domestic disputes as covers, watch closely to see if there's a real relational problem. 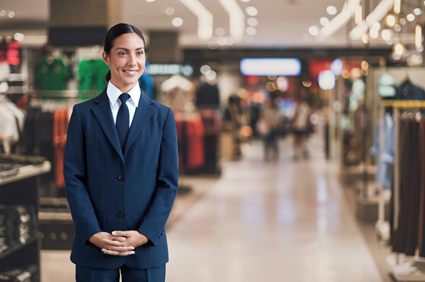 Store security professionals recommend having a plan with your colleagues on how you'll communicate about potential thieves. Don't hesitate to call security if you suspect there’s a thief operating in your store. Also, don’t attempt citizen arrests alone, as this could be putting yourself in danger.

Like Halloween, there are several types of events and holidays that require you to dial up your store security. But by taking smart security precautions and having a reliable security solution in place, you can help deter theft and other undesirable behavior.

To find out more about how GardaWorld can protect your people and assets, request a quote here.