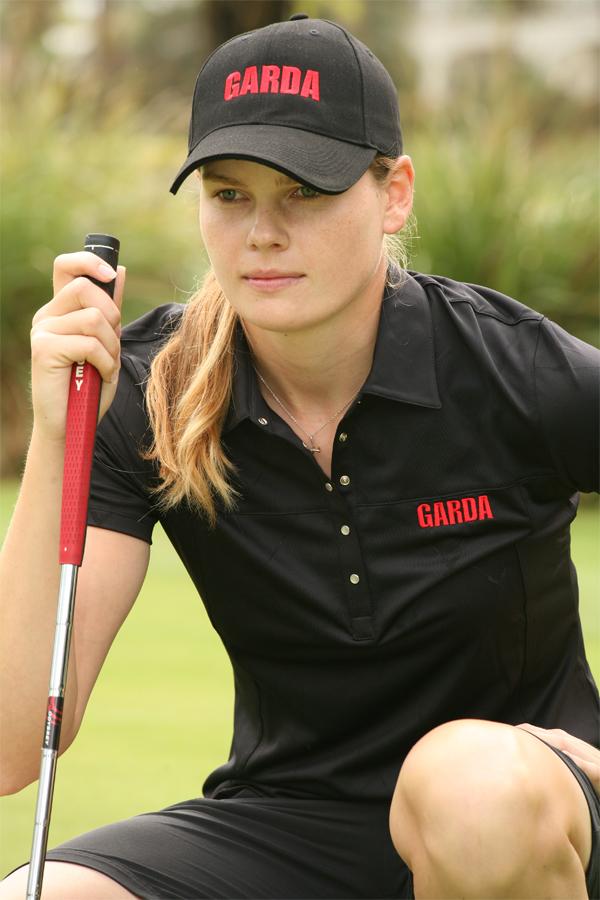 On March 9th, 2012, Garda announced its title sponsorship of Maude-Aimée LeBlanc – a Quebec native who burst onto the LPGA scene in December 2011. Ms. LeBlanc, an All-American college player who led Purdue University to win the 2010 NCAA Team Championship, turned professional in June 2011.

“As a young professional golfer, Maude-Aimée’s career trajectory mirrors the history of our company – an up-and-coming young player who has established herself among the best in the game and who is on the way to the top,” said Stephan Cretier, President & CEO. “Maude-Aimée will achieve her goals in the game of golf, while we will reach those same levels in the world of security services, cash logistics and global risk consulting.”

Ms. LeBlanc, 23, began playing golf at age five when her father introduced her to the sport. By age nine, she was already winning golf tournaments. At 13, Ms. LeBlanc realized that with hard work, determination and focus on her performance, she could achieve great success in the sport she loves. With a scholarship from Purdue University, she won the 2006 International Junior Orange Bowl and the 2006 Canadian Junior Championship. She was named first team All-American by Golfweek; second team All-American by NGCA, and earned the Mary Fossum Award for lowest stroke average in the Big Ten. She was also first team All-Big Ten for the third-year straight and was Purdue’s top-finisher in the national championship.

“Garda is a great Canadian company that’s growing internationally and is, like me, performance driven and committed to excellence” Ms. LeBlanc said. “With their support as my main sponsor, I can focus on achieving the goals I have set for myself – being among the best golfers in the world – as the company strives to do the same in the security services and cash logistics industry.”

Since its founding 16 years ago, Garda has grown into a major global force in providing security services and cash logistics solutions to businesses and governments around the world. We focus on establishing security platforms and continually improving them with a combination of business development, operational excellence, and focused entrepreneurial leadership.

Be the first to read about her experiences as a professional golfer by becoming ‘friends’ with Maude-Aimée on Facebook (MaudeAimeeLeBlanc) or following her on twitter @maleblancgolf.