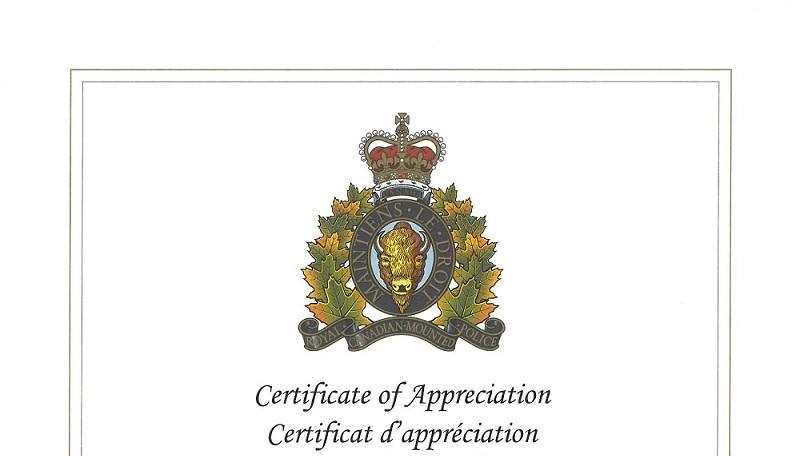 In June 2015, the Royal Canadian Mounted Police (RCMP) presented GardaWorld Cash Services with a certificate of appreciation for its role in apprehending the murderer of three of its officers in Moncton, NB one year ago.

In June 2015, the Royal Canadian Mounted Police (RCMP) presented GardaWorld Cash Services with a certificate of appreciation for its role in apprehending the murderer of three of its officers in Moncton, NB one year ago.

In what Crown attorney Cameron Gunn described as “one of the most heinous crimes in Canadian history”, Justin Bourque, a 24-year-old man, shot dead three RCMP officers and seriously injured two others on June 4, 2014.

GardaWorld Cash Services Regional Operations Manager in the Maritimes, Darrell Coffin, was working with his team in the Moncton branch that evening when he received an unusual call.  The RCMP needed an armored vehicle to assist with the dangerous manhunt for Bourque. Immediately, Coffin’s team contacted the closest armored truck on the road. Twelve minutes later, Bruce Buchanan and Taylor Agnew, both GardaWorld Cash Services agents, were on their way to a secret location to bring the vehicle to the Moncton police, who took over the wheel to pursue Bourque.

Thanks to GardaWorld and the flexibility of the Moncton team that day, the RCMP enlarged its fleet of armored vehicles, allowing the police officers to stay secure. The suspect was intercepted without harming anybody else. However, the manhunt mobilized 300 police officers and lasted for 28 hours, leaving the usually quiet Canadian city completely paralyzed.

The RCMP applauded the exceptional speed at which the GardaWorld team answered the call on June 4 and stated in its certificate of appreciation that, “Your willingness to assist without hesitation ensured the safety and security of our members.”

Quite humbly, Darrell Coffin claims that he and his team members involved were just “doing their jobs”. The Moncton incident marks the third time in 11 years that the police have asked GardaWorld to borrow an armored vehicle to keep their men and women safe and secure in the line of duty.