Securing the move for women and children experiencing abuse 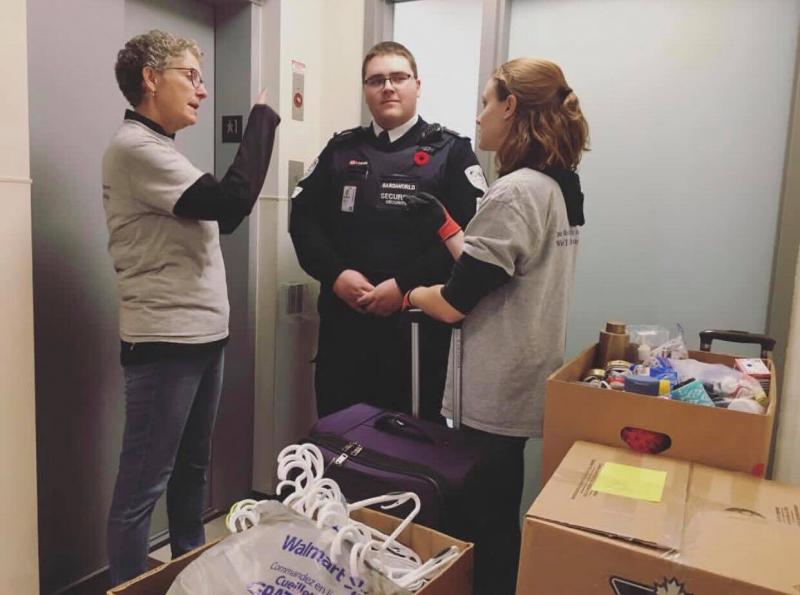 Did you know that every six days, a woman is killed by her intimate partner?

Although the reality is unsettling, abuse is prevalent in communities across Canada and around the world. When one gathers the courage to leave an abusive situation, Shelter Movers is there to lend support by facilitating the move to a secure shelter, allowing survivors to create a new beginning.

Founded in Toronto in 2016 by Marc Hull-Jacquin, a man determined to make a difference in his community, Shelter Movers has expanded to Ottawa, and recently kickstarted operations in Vancouver. With over 500 moves, 250 volunteers, and over a dozen partners, including GardaWorld, Shelter Movers is an ally in the movement to end violence against women.

The volunteer-driven organization works with shelters and referring agencies to coordinate moves. The moving process can be emotional, liberating, and sometimes, unpredictable. What happens if the abuser is present while the survivor is planning to move? That’s where GardaWorld comes in.

After being approached by Shelter Movers, Andrew Wilkinson, GardaWorld’s Regional Director in Eastern & Northern Ontario, was eager to help. As a leader in security services, GardaWorld contributes by dispatching Security Guards to monitor moves and deescalate any potentially dangerous situation.

“When the opportunity to work with Shelter Movers was brought forward to us, I thought this was a fantastic idea. They have a great mission, and I’m happy we can volunteer our time to help this important cause. Our guards provide peace of mind. They’re mostly there to serve as a visual deterrent, but they’re ready to intervene at anytime,” says Andrew Wilkinson, Regional Director, GardaWorld.

Sophie Grégoire Trudeau is in for the move

Sophie Grégoire Trudeau, wife of Canada’s Prime Minister, Justin Trudeau, is also quite fond of Shelter Movers’ cause. So much so, that on November 1, Mrs. Grégoire joined GardaWorld’s mobile patrol team to lend a helping hand with a move in Ottawa. National Ambassador for Plan Canada’s Because I am a Girl initiative, Mrs. Grégoire is actively involved in several charities, and is also a spokesperson for organizations which empower and help women.

“Mrs. Grégoire Trudeau's participation in Shelter Movers shows that all Canadians can play a role in ending gender-based violence. Abuse is a truly national issue - it occurs in every community in our country. I think men and women like Sophie choose to champion the work of Shelter Movers because they see the tangible, lasting impact our volunteers have on the families we serve. Both Sophie and Shelter Movers are in the business of empowering women. It's a very natural partnership,” shares Marc Hull-Jacquin, Founder of Shelter Movers.