BofA Deal Puts GardaWorld in Pole Position in US 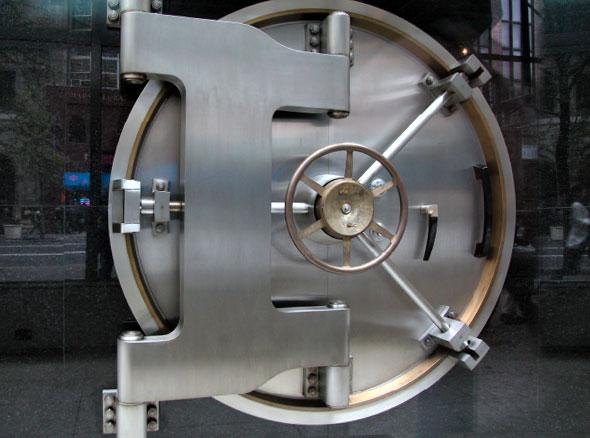 GardaWorld has won a 12 year, $1.4 billion cash vault outsourcing partnership with Bank of America (BoA), one of the leading financial institutions in the US, thereby doubling its cash processing capacity and leapfrogging its two nearest rivals to become the country’s market leader in cash vault processing services. The deal also means that, for the first time, more than 50% of cash processing by financial institutions in the US will be outsourced.

This article originally appeared in the January 2014 issue of Currency News (www.currency-news.com)

The agreement covers the management of the BoA’s remaining cash processing and check imaging services in 32 locations across the US. It also covers the acquisition of BoA’s money rooms and related facilities. Under the partnership, approximately 1,000 BoA vault employees will join GardaWorld Cash Services, which will then operate as a service provider to the BoA.

The agreement represents a major coup for GardaWorld, which has come from virtually nowhere in the US market a decade ago. GardaWorld was founded as Trans-Quebec Security 1995 by Stephan Cretier, its current CEO, and grew rapidly in Canada over the next ten years, listing on the Toronto Stock Exchange in 2003, when it also entered the cash handling market for the first time. It gained its first foothold in the US market in 2005 with the acquisition of United Armored Services.

Eight more US acquisitions followed in the next two years culminating in the takeover of AT Systems, the third largest provider in the US and, at the time four times the size of GardaWorld in turnover terms. In 2012 the company delisted in a C$1.1 billion privatization and is now owned by Apax Partners and Stephan Cretier. It has annual sales of around $1.4 billion, 180 secure transaction centers and 45,000 employees around the world.

This deal with BoA has now propelled the company to market leader in cash processing in the US by a wide margin, with a 23% market share (compared with 14% for Brinks and 13% for Loomis). Another 5% of the market is held by smaller CIT companies, while the remaining 45% of the market will continue to be performed by financial institutions, compared with 62% now.

The BoA is the third major financial institution in the US to fully outsource its cash operations, the other two being PNC Bank and SunTrust. The other seven of the top ten banks in the US, including the market leader JP Morgan Chase, have outsourced some of their cash operations, but have retained their larger vaults internally.

According to GardaWorld Cash Service's President and COO Christopher Jamroz, `GardaWorld is uniquely positioned to be a partner of choice to financial services clients in North America. This transaction more than doubles the capacity of GardaWorld's existing cash processing platform and creates an undisputed market leader in our industry.’

The transaction is due to be completed in the first quarter of 2014, and the transition of all cash operations by the end of 2014. At this time, GardaWorld will operate 280 secure cash processing centers across the US.