Shoplifting: an expert in loss prevention shares his observations 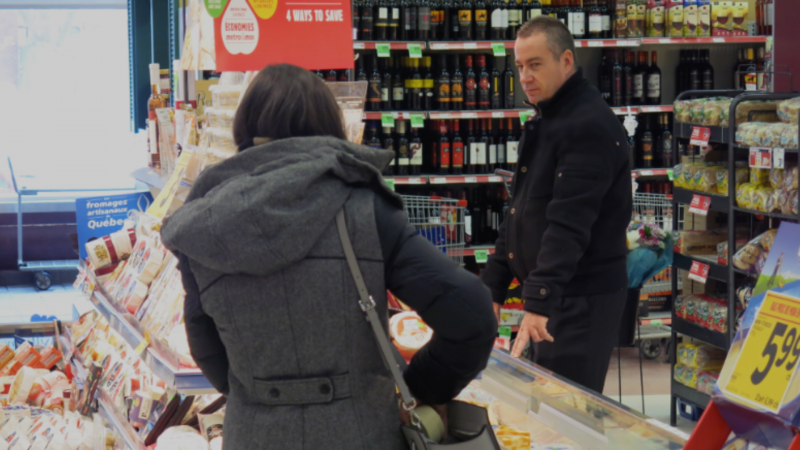 The store manager confidently examined the man’s coat I held and the $200 price tag on the sleeve before asserting all was in order. His clerks also affirmed his assessment with nods and remarks. We were in the middle of a loss prevention seminar I often give for our retail clients.

“Really,” I remarked, “are you sure?” He glanced at the tag again and repeated that nothing was amiss.

I walked the manager over to the rack of men’s coats and showed him that the $200 coat he had examined actually was priced at $400 before I switched the tag. This is a common tactic of shoplifters—switch the price tag on an expensive item to one removed from a lower cost item. Unless retailers examine the merchandise carefully, the switch goes undetected.

Shoplifting: the numbers are shocking

Retail losses, including internal theft and shoplifting, total a whopping $4 billion per year in Canada. GardaWorld’s retail loss prevention services contribute to apprehending several thousand shoplifters in our client’s retail stores annually. Many of them do not believe that shoplifting is a crime. Until they get caught, that is.

For many, it begins with a single impulsive act of stealing. If they get away with it, they become emboldened and repeat the act when they shop. It becomes routine to occasionally steal. For some it develops into a compulsion they cannot control. Others turn professional and build criminal networks to sell what they steal. Recent law enforcement reports identified professional gangs that operate internationally in highly organized fashion. They steal in one country and dispose of the goods in another. They move constantly and are always seeking new tactics to overcome preventive measures taken by retailers.

Most will stop at nothing. When stores attach anti-theft devices to items that sound an alarm if taken from the store, thieves have different strategies, technological or otherwise, to work around the system. For example they may place the items in thermal bags lined with aluminum. Or they steal the tool used to attach the sensor. We even had one case where a mother got her six-year-old child to steal, providing him with photos of the items she wanted him to take. Some youth gangs make shoplifting a part of their initiation rites for new members and flirt with retail clerks to recruit them into the theft process. More brazenly, flash mobs invade stores in large numbers, combining vandalism with theft as they terrorize shoppers and clerks, then disappear within minutes of trashing a store.

GardaWorld’s loss prevention services provide clients with a combination of highly trained professionals and technology to combat the problem. Our store detectives monitor retail operations and utilize cameras, sensors and other technologies to prevent thefts from occurring. We use “mystery shoppers” to monitor store security and also to check on the quality of a store’s customer service. Our prevention agents assess a store’s vulnerabilities and recommend preventive measures.

Everyone has a role to play

Reducing retail theft is a constant battle with the thieves who rapidly seek to defeat every new method that stores employ to stop them. The single most effective tool that retailers have is their staff; aware and alert store employees who are fully engaged with customers can make a big difference. They greet each customer and make them subtly aware that they are being watched. They pay careful attention to what is going on around them and alert supervisors to suspicious behavior.

Retail theft is a crime that affects everyone. It increases the cost of what we buy and adds expense to retail operations, dampening economic growth and vitality. Thieves rely on complacency and people not wanting to get involved. Consumers can help retailers by reporting shoplifting when it is observed. According to some estimates, one in ten shoppers has stolen an item from a store. We need to display our disapproval of that behavior and help to prevent it or we will all continue to pay the cost of not doing so.

To learn more about GardaWorld's loss prevention services or for a quote, contact us.

Serge Prégent is Director of Prevention for GardaWorld’s Security Services.