Women have a key role to play in the security industry 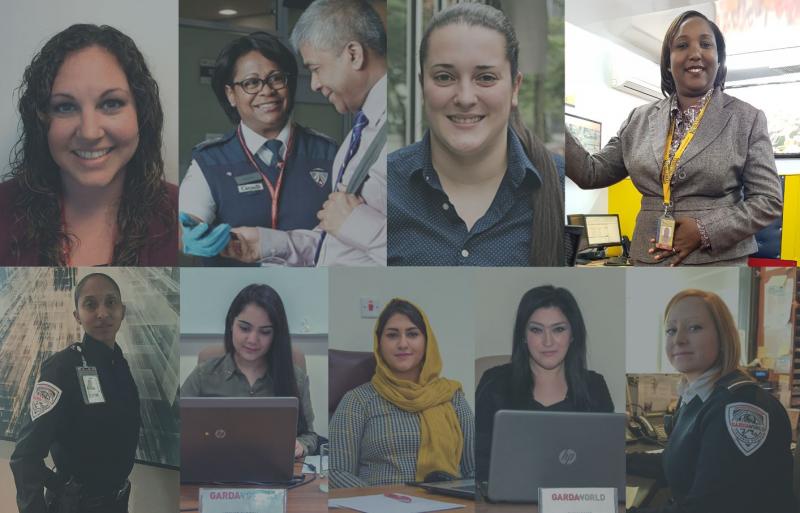 (Nairobi, Kenya) When Wacu Gatoto was asked why she chose the security industry, she replied that it’s the other way around; it was the security industry that chose her. A wife and mother of three, Wacu’s professional background is in procurement, marketing, hospitality, and real estate management in Nairobi (Kenya). She had never considered a career in security, but fate had decided otherwise. Following her handling of a security-related incident at a property she was managing, a friend who also was a security guard, was impressed and suggested she consider a career in Security. “I asked, ‘What do I possibly know about the security industry?’ He simply replied, ‘Let’s find out!’” As a result, Wacu accepted the challenge and became Pioneer Operations Manager of a command and control facility that handled international incidents remotely.

A career with GardaWorld/KK Security

In November 2014, Wacu received a call from Lucas Ndolo, the then Group Training Manager at KK Security. She understood by his “we need to talk” tone that her career in security would go beyond current projects. “At the time, my passion encouraged me to go in another direction. But when we are sought after by such a reputable company, especially as a woman, it is extremely flattering, and is far too tempting not to accept.” The position she was offered was that of National Control Centre Manager. Four months later, the Managing Director at the time made the decision to merge three departments: fire and rescue, the mobile response teams, and the national control centre—and Wacu would be the lead.

“Since joining KK Security, I feel that I have grown. The company is open to new technologies, new processes, and new locations, with a presence in nine African countries,” says Wacu. Within its control centre, new services have been introduced to cover a multitude of industries, such as emergency medical services, elevator companies, and taxi services. She adds, “We are managing the country’s operations from a centralized command centre. This is a concept the competition in Kenya and other countries in the business have yet to grasp.”

Nairobi, the capital city of Kenya, is a fast-growing city whose inhabitants peak at nearly 4 Million daily. Transport and connectivity can be a challenge, with certain sections facing traffic grid-locks regularly. KK Security has 41 emergency teams (security, medical and fire) strategically positioned to cover the City and suburbs with an undertaking to be on the scene within 5 minutes—a guarantee that the municipal teams cannot make. Wacu’s team responds to an average of 150 alarms per day, while the call centre receives more than 1,000 daily calls for breaches, thefts, assaults, medical emergencies, and fires.

Being a woman in the security industry

When asked about being a woman in the security industry, Wacu responds candidly: “It’s not always easy. It toughens you up because you have to try a little harder than the male colleagues.” On a team of 500 people, only about 2% are women. Many of her male employees are older and have been there longer than she has, so being led by a woman is a strange concept for them. “I meet this challenge face-first, using my ‘people skills’ so as to maintain the focus on the main goal,” said Wacu with a smile. She finds motivation in having the power to change stereotypes.

Although times are changing, there are still a number of misconceptions and stereotypes about the work of women in security, and Wacu is a witness to this. “I get comments like, ‘If you are this tough at work, how must it be at home?’ or ‘What are you? A security guard in a kindergarten?’ My response to these perceptions is one of calmness and confidence, knowing that I know my job, I am effective, and I work within an environment that does not tag gender as a qualification.” She continues, “There have been instances where my resolve to confront issues that negatively affect our services has been regarded as ‘emotional’, ‘rash’, ‘hurried’ or ‘lacking in depth,’ simply because I am a woman.” In such a context, Wacu considers herself fortunate to be so strongly supported by her colleagues and by the senior management of the company, especially when difficult decisions need to be made.

In Wacu’s opinion, personality traits typically considered to be feminine are particularly useful in security, and that’s why she wants to encourage young women to join this dynamic and ever-growing industry. For example, a woman is naturally very attentive to details. “She can find the needle in a haystack, focus very precisely on a task without being distracted by the environment.” And her benevolent nature? “It’s perfect for diffusing potentially explosive situations,” she adds.

According to Wacu, it is thanks to the support of her family, mentors and colleagues that she’s able to have such a significant impact on her work. Wacu believes that women’s contributions to the security industry are invaluable and concludes, “We have a key role to play, and we must contribute to the conversations and continuous learning through engagement to educate all stakeholders to change perceptions. This is an uphill task, but it is indeed possible.”

If you are interested in working at GardaWorld, visit our careers page to explore our job openings and learn about our various career opportunities.