An act of bravery 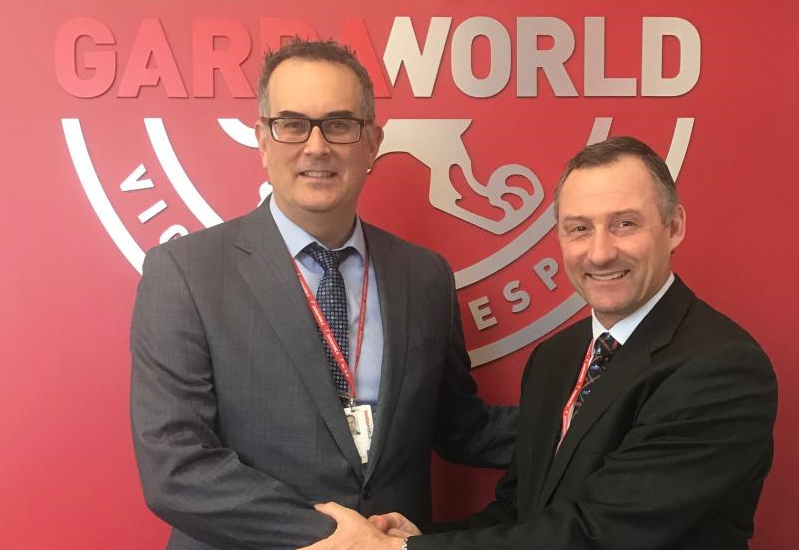 Francis Bergeron, a GardaWorld employee who trained in the military, cares for the wounded after a helicopter crash in Las Vegas.

On February 10th, Francis and his wife were in Las Vegas attending the annual GardaWorld convention when they witnessed a helicopter crash. They were in another helicopter just prior to the incident, as part of their plan to enjoy the sunset over the Grand Canyon.

At about 4 pm, their helicopter landed, joining four other helicopters already on the ground. That’s when they saw another helicopter approaching. Francis explained: “First, the helicopter made a 360-degree turn on itself, over a dry river. But it was when I saw it do another 180-degree turn right afterwards that I realized something was wrong. The helicopter then quickly began to lose altitude and disappeared behind a hill.”

Without hesitation, Francis ran toward the helicopter, accompanied by three others (a doctor, a veterinary nurse and an anaesthetist), while calling out for someone to dial 911. He knew someone was bound to be injured.

“It took us a good 20 minutes to reach the crash site. The terrain was so rugged that to get there, we had to step over rocks, and go up and down ravines,” said Francis. When the three others arrived, the scene left them speechless; the helicopter was split in half.

The cabin was detached from the tail of the aircraft, and it was in flames. According to Francis, “It was a relief to see that four people had survived the crash, but the relief was short-lived once we realized that three more people were still in the aircraft. Unfortunately, we couldn’t do anything for them because of the intensity of the flames, so we focused our efforts on those outside of the aircraft. We started administering first aid, but we didn’t have the right equipment. We used our clothes to make bandages and to keep the wounded warm.”

An hour passed before firefighters arrived with the equipment they needed to help the injured. But night was fast approaching, and it was getting colder, with winds of more than 80 km per hour.

At around 10 pm, Francis, the nurse and the anaesthetist were evacuated, because they were close to getting hypothermia.

Before working at GardaWorld as Director of Operations in Quebec, Francis was a member of the US Marines special forces for 20 years. He has also worked for more than 4 years in Afghanistan for GardaWorld’s International Protective Services.

Francis’s military experience helped him keep his composure throughout this dramatic event. “When we arrived on the scene in the early evening, no one was making any decisions. I didn’t hesitate for one second to take the lead. Someone had to do it if we wanted to achieve anything. So I used my first aid combat training to treat the wounded and then coordinated their movement to a point of care, in order to plan for their evacuation.”

On behalf of the entire GardaWorld team, we would like to acknowledge Francis’ bravery and exceptional work in this delicate situation.

If you are interested in learning about job opportunities for military reservists and veterans at GardaWorld, visit our Careers page.